If you’ve ever played golf or attempted to, it goes without saying, if your vision isn’t great, following that tiny ball into the abyss is NOT easy and crisp, so having clear vision is a must.

It dawned on us, since so much of the world is watching golf right now during golf season, and with the PGA tour in full swing (pun intended), that we should share some information on golfers that have made a decision to permanently fix their vision with LASIK or without!

According to this article, which lists all competitive golfers who have undergone LASIK, the following PGA Tour Golfers have had LASIK: 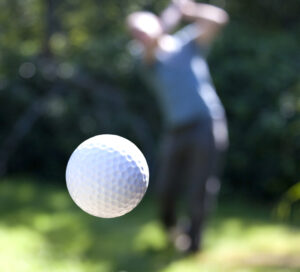 Some of these athletes have had extreme prescriptions, Tiger Woods at the end of the list, being one of them at -11. Tiger reportedly decided to move forward with LASIK in 1999 because he was tired of his nearsightedness and being dependent on his contact lenses for his 20/15 vision. We’d argue his perfect vision definitely played a part in the 5 consecutive tournaments he won following that decision!

We imagine most of these golfers chose to correct their vision, to give themselves a competitive edge on the course, and also to be able to drive easier, and just deal with life minus the glasses and contacts.

Those athletes whose careers depend on the most demanding vision often turn to LASIK for optimal competitive performance.

That being said, not all feel that their vision has gotten “there” yet, and that is perfectly understandable.

Ricky Fowler, is a perfect example – as he just shared in a recent article that his sunglasses are prescription.  In the article, Fowler states “now I can actually see the ball land”. Pretty crazy for a 5 time PGA Tour winner to have had an issue with that at any point!  He shares in this article that his ‘new more measured’ swing which is a lot less rapid or jolting of his body helps with the fact his correction is now in his sunglasses vs. contacts, so that works for him!  Some golfers wouldn’t be able to swing without the movement of the glasses causing a vision issue, but this is a perfect example of how every athlete/person is very different.

Coming in for a LASIK screening is always recommended as it will ensure that the surgeon can give you all of your options. If a patient feels their vision is not advanced enough, or they are not too dependent on the glasses/contacts, then they can absolutely save LASIK for later and we strongly encourage that at Slade & Baker Vision. We want all of our patients to be happy and confident in their laser correction decisions!

If you are interested in hearing your options and the different procedures that we now have available in 2021 at Slade & Baker Vision, we are happy to offer you a free LASIK evaluation.  In fact, if you book before June 30th, we are offering the opportunity for patients to win $1,000 off their full LASIK procedure if they do decide to move forward!  Any of our patients can confidently say that they are never pressured into the procedure here, so feel free to come in and make your own decision once you speak with our specialists!